With good Internet Speed and lots of monthly cap data. Nowadays, Internet TV or Streaming TV demand is not more a dream. With Smart TVs are still expensive, alternatively users have other options like Google chromecast or Amazon fire stick to go for online entertainment.

As I mentioned above Google Chromecast and Amazon fire stick are the best two options. But still many has a doubt that which one to buy?

Well there is no straight answer as both are very good and have no negatives but still it depends on end users requirements. So, here we are discussing the same: 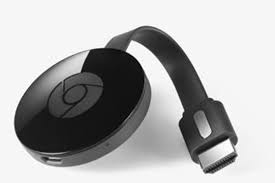 Google chromecast’s latest version is 2 which is improved than its previous version. Designed as small dongles, enable users with a mobile device or personal computer to initiate and control playback of Internet-streamed audio/visual content on a high-definition television or home audio system through mobile and web apps that support the Google Cast technology. Alternatively, content can be mirrored from the Google Chrome web browser running on a personal computer, as well as from the screen of some Android devices.

So, here are the key features of chromecast 2:

You will love the simplicity and quality that chromecast will provide. and at the cost of Rs. 3299 or Rs. 2999 (On Sale) it is the best device with full worth. Don’t go and by for cheap devices available in the market to save the cost. Chromecast is the cheapest with 100% quality guaranteed.

Amazon released Fire TV Stick with Alexa Voice Remote. Other than the new remote, it includes Mediatek 8127D Quad-core ARM 1.3 GHz processor with a Mali-450 MP4 GPU, and support for the H.265 (HEVC) codec. Wireless hardware upgrades includes a dual-band 802.11a/b/g/n/ac Wi-Fi with 2×2 MIMO and Bluetooth 4.1. It retains the 1GB of RAM and 8GB of storage. Build quality and finishing is great.

Amazon fire stick is an excellent device and worth its Price at Rs. 3999 as it gives you more features for the extra money you invested. Please see the conclusion of the comparison.

Related articles across the web

More from my site

More from my site

Iconic One Theme | Powered by Wordpress